The Ugly Stepsister Strikes Back

August 23, 2013
I picked up this little gem of a book for my kindle back when it was on sale. I had it for a few months before I finally got around to reading it. I was hooked after the first chapter. 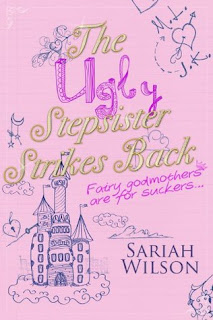 Sariah Wilson creates a perfect teen angst Cinderella story with a nice twist. This time it is all about the ugly stepsister. Finally, can the under dog win for once? Although, in the real Cinderella the stepsisters were vile and you hated them right off the bat. The ugly stepsister in this book, Mattie, is far from vile. She's a quiet, likes to draw, and head over heels in love with her sister's boyfriend. What's a girl going to do?

She's going to turn the tables, that's what!

This was a cute, quick, and very fun read. My only gripe was that the author never let you forget how in love Mattie is with a boy named Jake. Forget in love, this girl is obsessed. I found my eyes rolling several times until I paused and a little voice in the back of my head spoke to me. This voice reminded me of a crush I had in high school, and yes, I was obsessed with him. So obsessed that it bordered on stalking I'm sure. So in actuality, Miss Wilson captured the true teenage girl in Mattie. We've all been there. You can't deny it.

Does Mattie get the boy in the end? Does her sister Ella help her or turn against her? You'll have to read to find out and trust me, you won't be disappointed. Plus, there is a shout out to Sixteen Candles in this book and it made me squeal. I so love that movie!!

I gave this one four stars on Goodreads.

You can find the book here on Amazon.

If you're sitting there saying you never obsessed over someone as a teenager then you aren't being real with yourself! =P